Transforming Farms and Lives Through Technology | 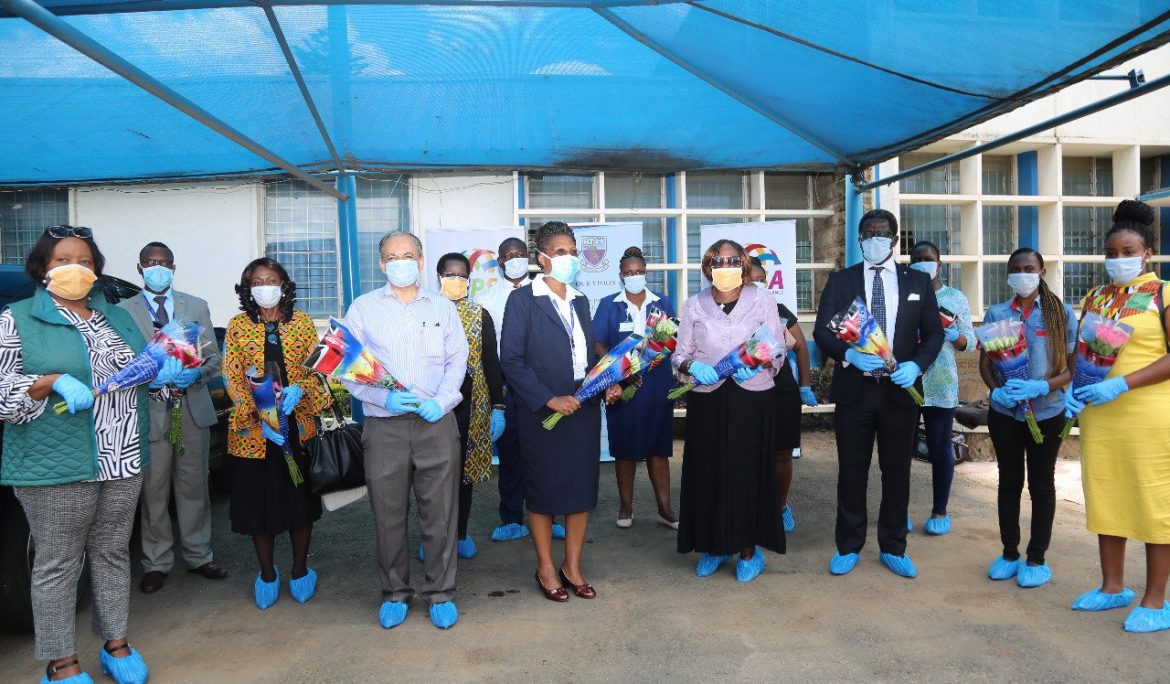 Devastating scenes of flower workers disposing tens of thousands of blooms on a daily basis, empty grading halls and packhouses have come to symbolize the extent of the damage the Coronavirus has visited on the Kenya floriculture sector as global supply chains haemorrhage under the crisis.

Europe where Kenya exports up to 75 per cent of its roses has recently become the epicenter of COVID-19 as new deaths and cases supersede those of China, the origin of the virus.

Already players say the industry is losing some Sh20 million every day and has had to send home more than 30,000 temporary workers and 40,000 permanent staff on annual level to insulate themselves from further damage.

This as less than half of the country’s production now accessing the European market with farms exporting just 20 per cent of the 60 tonnes of flowers that they ship daily.

The collapse of the Dutch auction, where a bulk of Kenyan flowers are sold, and the growing cancellation of orders by clients hasn’t helped matters either.

These hiccups couldn’t have come at a worse time. With low sales having been recorded during Valentines Day, one of the peak season for the sector, in what was attributed to low prices in the auctions, exporters were looking at improved prospects during events where flowers are in high demand including International Women’s Day, Easter, Mother’s Day, weddings and funerals.

With heightened social distancing calls, imposed curfews and people holed up at their homes, the priority for consumers is how to survive so flowers become a form of luxury.

The implications of depressed sales are not only affecting the over 150,000 million people who rely on the sector directly but the more than four million who the sector benefits indirectly across the value chain.

These adverse effects are poised to take a toll on the economy that last year received some Sh120 billion from floriculture in foreign exchange, only second after remittances.

Depressed inflows from the sector would affect government’s efforts at bolstering reserves, growing the much needed revenues and meeting the dollar debt requirements without straining the shilling.

Which is why timely interventions by government would go a long way in not only cushioning the sector and its investors but determining the direction the economy will head in years to come.

The recent directive by the President on VAT refunds and tax breaks is timely and welcome. The government owes the sector an estimated Sh 9 billion in refunds which has taken ages to be effected.

Now more than ever the refunds will make a huge difference in assisting investors stay afloat as they explore long term alternatives. But to further cushion the industry at a time when the world remains uncertain on when the virus will be contained and revenues plummet to unprecedented lows, the government should look at even bolder steps of rescuing the sector including tax rebates, cash injections, loans and loan guarantees.

While Covid-19 largely remains a public health emergency, the ripple effects on economies and trade cannot be gainsaid.

In order to ensure that a sector Kenyans and the governments relies heavily on for income and growth is functional and blossoms way after the virus, an emergency intervention is now no longer a matter of if but when.

We are the largest agri-input suppliers company in Kenya who can meet almost 90% of farm agri-input especially into floriculture sector.

Subscribe to our newsletters. We promise to never spam you.

Hit enter to search or ESC to close